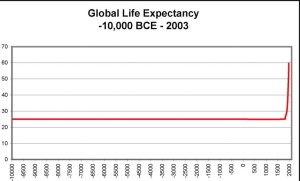 The evidence is skyrocketing

Throwaway males were easy for the elites of polygamy to expell when the life expectancy for young males was in their twenties.

When throwaways from dysfunctional polygamous societies died like flies in their youth, there were few throwaways

Now, with medical advances, vaccines and meds, a few hundred have become many thousands.  World health organizations are keeping throwaways in tiptop shape.  Just look at the pictures of mostly males rampaging the streets of formerly peaceful societies.

The thousands will be escalating into millions in the coming years.

Drummed up “conflicts” will result in MILLIONS of the most troubled males on the face of the earth entering the West while the elites are busy busy acquiring all the young girls for themselves. 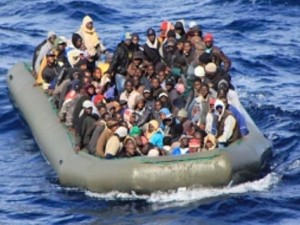 First world medical advancements brought to the third world are increasing the life expectancy and decreasing the mortality rate, thus resulting in exploding populations of the most troubled and the most violent people on the planet.

Grievances multiply with time, and the actual truth about most historical grievances is murky.

History is written imperfectly, historical narratives are by nature one sided, and usually written by those who weren’t part of the original grievance.

There are countless historical hysterical grievances in the world today.

Does the culture use grievances to turn it’s most troubled youths into hate crazed thugs?

Terrorist groomers from the third world, first and foremost destroy their own culture.

There are no winners in terrorism.

How a culture treats those outside it’s tribe says it all.

A Hungarian government official made an astounding prediction Friday that up to 35 million migrants could flood into Europe as part of a historic population shift, as yet another European country felt the pain.

Republicans in Congress have started signing on to a bill that would close the U.S. off to refugees for the foreseeable future, a direct opposition to President Obama’s catastrophic plan to bring in 85,000 foreign refugees next year, including 10,000 from ISIS controlled territory in Syria.

Serbia and Hungary, then Germany and now Croatia have watched what many are now calling an invasion of migrants bullying their way across sovereign borders, many of them young men carrying false identification or no identification at all.

The passive aggressive enablers of BBC, CNN and NBC continue to paint the crisis as a spontaneous event caused by people “fleeing conflicts in Syria, Iraq and Afghanistan,” as the BBC reported. But those conflicts have been going on for years and the war-refugee narrative was refuted by a former Egyptian military officer in an interview with WND earlier this week.

Hungary’s foreign minister told the Hungarian Times that 30 to 35 million migrants could invade Europe from the destabilized Third World.

“It’s a self delusion to call this situation a migration crisis; it is a massive migration of nations, with inexhaustible reserves,” Szijjártó told the newspaper. “I don’t think that the analysis results, stating that 30-35 million people out there could possibly become migrants, would be an exaggeration.

“Libya, Yemen, Syria, Iraq and Afghanistan are all countries with a huge population and an extremely unstable situation.”

The tip of the bloodsoaked iceberg, all you stooges out there.  Hundreds of thousands if not millions of unaccompanied young males of polygamy are headed for the four corners of the earth.

It is not “salafists” who are after the poop of polygamy, it’s carefully controlled, highly structured,  highly funded terrorist groomers.

Millions more are on their way.

Blood will run in the streets if the stooges of terrorism don’t wake up.

Why are the 5 wealthiest countries in the middle east  refusing to take in any of their fellow muslim Syrian refugees?

4 easy steps to Americanize the world

Step one: Ban all forms of polygamy/tribalistic polygyny – legalize the powerhouse nuclear fathering of monogamy

Step two: Free total family planning for all, the absence of which fuels fatherlessness

Step four: Stop all population movement worldwide.  Population movement accelerates all the problems which keep both societies from taking responsibility for themselves, the fuel for fatherlessness, addiction, poverty and violence

At least 1,500,000,000 plus believe in various forms of polygamy  Of those there are at least  1,000,000 polygamous unions  equals  1,000,000 ruling class alpha males  plus  up to 4,000,000 wives (or more) equals up to 3,000,000 (or more) excess throwaway low status young beta males that must be expelled from their homes in their most critical years on the path to responsible, high functioning adulthood  More or less THREE MILLION THROWAWAY MALES without women, without sex, without nurturing fathering, without nuclear families.  FODDER FOR VIOLENCE AND INSTABILITY.

Young women in Latin America in prison for having an abortion???

Young women in Latin America languishing in prison for having a miscarriage or an abortion??? There are well meaning good people on both sides who are suffering from the law of unintended consequences. Labeling people I love, wonderful health care people and young women in crisis as murderers does not cut it in the 21st century of burgeoning populations. The catastrophic third world incarceration of young women in crisis is senseless to say the least. Their health care helpers are true heroes. I hope this incarceration meme wakes up the wonderful religious people who seem to be clueless of the havoc anti abortion laws wreak on all concerned, and the resulting fatherlessness that appears to be skyrocketing over the entire world Fatherlessness is the #1 cause of poverty violence and chaos in the world Anti abortion laws contribute directly to the worldwide scourge of fatherlessness

Advertise in every country

Please donate to advertise in every country in Latin America and Africa, every state in America and worldwide. It's time to stop the poverty and violence

Osama bin Laden’s billionaire elite father fathered a total of 54 children by 22 wives (21 throwaway castoff males just by this one person plus 18 abandoned women). Mohammed bin Laden never had more than four wives at a time—throwing out his older wives and marrying new younger ones as desired to limit the number of current wives to four. Mohammed was planning to wed a 23rd wife the night he died, and was heading there when his company plane crashed in southwest Saudi Arabia. Mohammed bin Laden was said to have so many children he hardly knew their names.

Broken chaotic fathering of tribalistic polygamy, children raised by isolated, abandoned, subjugated, traumatized women assuredly gave rise to the atrocity of 9/11.
The 9/11 terrorist act was not about poverty or lack of money, because Osama's father was rich.
The poverty was in the fathering.

The nihilistic, immature fight to the death for sex by polygynous cultures causes terrorism, gang warfare, inner city street violence and worldwide poverty. The ruling class elites of polygamy need to continually throw out the throwaway young males, the "lost boys" of all forms of tribalistic polygamy so the old bull elites have all the young girls for themselves. The absence of a mature, nurturing, involved exceptionalist father leads immature "lost boys" to nihilistic depravities of organized terrorism, gangs, sexual slavery, and mindless violence.

Evidence that monogamy ended slavery wherever it spread around the world

Although the details are murky and lost in time, most of the ancient tribes practiced polygyny in various forms for thousands of years.

What is fairly possible is that the tribes who practiced polygyny, thus miring themselves in sexual violence, the endless expelling of low status beta young males, rotting of the gene pool, sloth, and the increasing need for rigid control over the young girls.

As monogamy and with it alpha fathering spread across the Western world, it brought with it diligence, self discipline, life long commitment to children, and attention to something besides sex.

The evidence is murky, but the case can be made that  as monogamy spread across the world,  slavery disappeared in 100 to 400 years.

There are mountains of evidence that support this.

How polygamy rots the gene pool

There are a lot of arguments against polygamy from a spiritual, moral and philosophical perspective. But is there also solid scientific evidence that polygamy is bad for the species?
There’s no question that over the past tens of thousands of years of human history, polygamy has left a mark on the human genome that may indicate that small numbers of males must have mated with large numbers of females.

Over time, this polygamous pattern will spawn more genetic differences on the X chromosome than it will on all of the other human chromosomes. That’s because women naturally have two copies of the X chromosome while men have only on X chromosome and one Y chromosome.
To put it another way, diversity arises because some men don’t get to pass on their genes while most women do.
Evidence of Polygamy in Human DNA
The evidence of polygamy among early humans can still be seen in our genes.
“Humans are considered to be mildly polygynous and we descent from primates that are polygynous,” Hammer said.
The term “polygyny” refers to the practice of males mating with multiple females. Among humans, it’s takes the form of polygamy or multiple marriages.

Even if people in the West don’t take multiple wives at the same time, men tend to father children with more females than females do with males. This is a practice known in the scientific community as “effective polygamy”.
But is it good for the gene pool?

Polygamy Is Bad for Genetics and Society
But is it good for the gene pool? Perhaps not.
Not only is polygamy eroding the human DNA genome, it’s rotting away our culture as well.
Polygamy tends to create a multi-tiered society: Those men with power and money can take multiple wives. This puts them into a higher social class while men who can’t afford multiple wives – or even one wife – are assigned a lower social value.
When men don’t feel valued by society, inevitably this leads to an increase in risk-taking, resulting in even more socially undesirable behaviors, as well as the consequent increased cost of additional policing, private security, and government-sponsored national defense expenses.
Faced with the prospect of high competition with other males for the attention of fewer females and with little chance of obtaining even a single wife, men without mate can feel as if they have little to live for, which quickly leads to an erosion of personal values.
The resulting breakdown in societal order could be catastrophic and can include such direct consequences as a higher murder rate, an increase in violent crime, higher incidences of rape and kidnapping of women, prostitution, human trafficking, and property crimes.
Drug and alcohol abuse is also more prevalent among single, unmarried men – especially those with no hope of finding marriage anytime in the future – which further accelerates the breakdown of social order.
The bottom line is that polygamy is not only bad for human genetics, but human society as well.

Out of control cloud seeding and contamination of ground water

In 3 studies of death row inmates of ALL colors in America, most were found to have had a troubled childhood. Most of them had been repeatedly beaten by their fathers, their stepfathers or by their mothers’ boyfriends. Most of them had been raised in homes or inner city neighborhoods where the illegal use of drugs was a matter of course. Most of them had been exposed to sexual violence from infancy on up The tragic quest for a nurturing father figure leads vacant eyed "lost boys" to soulless depravities of organized gangs, terrorism, and mindless violence. Most street violence has been found to be done by young black men without father figures. Nationwide, only 17 percent of African-American children reach the age of 17 in a family with their married biological parents. Studies show that more than 19 million children of all races across the country, 26 percent are living without a father figure in the home. In Baltimore, among African-American children, the rate is 69 percent. More proof that fathers are the problem, fathers and father figures are the solution
Skip to toolbar