Minority males don’t need gun control, minority males need power monogamy exceptionalist fathering from birth to 25 years to get them past the critical years when most violence has long been incubated 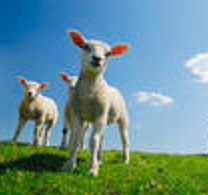 If 95% of all violence is committed by minority males between 15 and 25, it’s time to stop blame shifting and face up to the real problem.

(Blame shifting to avoid responsibility, is a time honored tool of all demagogues)

Catastrophic broken fathering of a chaotic form of tribalistic polygamy is the problem.

Mr. Bloomberg said 95 percent of murders fall into a specific category: a male minority between the ages of 15 and 25.

Cities need to get guns out of this group’s hands and keep them alive, the former three-term mayor said.

“These kids think they’re going to get killed anyway because all their friends are getting killed,” said Mr. Bloomberg, who funds the gun-control advocacy group Everytown for Gun Safety. “They just don’t have any long-term focus or anything. It’s a joke to have a gun. It’s a joke to pull a trigger.”

Mr. Bloomberg brought up the New York Police Department’s stop-and-frisk practices, recalling a time during his last year in office when a Baptist minster in Harlem invited him to speak at their church, The Times reported.

“While I’m sitting there waiting for him to introduce me, he said to his congregation, ‘You know, if every one of you stopped and frisked your kid before they went out at night, the mayor wouldn’t have to do it,’” Mr. Bloomberg said. “And so I knew I was going to be OK with that audience.”

The former mayor spoke to a sold-out crowd Friday about a variety of topics, including poverty, education and marijuana legalization.

Mr. Bloomberg argued that Colorado’s legalization of recreational marijuana use was a terrible idea and is hurting children, The Times reported.

“What are we going to say in 10 years when we see all these kids whose IQs are 5 and 10 points lower than they would have been?” he asked. “I couldn’t feel more strongly about it, and my girlfriend says it’s no different than alcohol. It is different than alcohol. This is one of the stupider things that’s happening across our country.”

3,456 Replies to “Former NYC Mayor Michael Bloomberg said 95 percent of murders fall into a specific category: a male minority between the ages of 15 and 25”